Generally, Women empowerment refers to the development of freedom of choice and action to shape one’s life. It entails control over resources and decisions. An empowered woman is considered to be self-confident, who critically analyses her environment and who exercises control over decisions that influence her life. The idea of empowerment manifests itself at all levels of societal interaction. It is found in giving a voice to the weak and deprecated. It requires having access to the needed tools and materials for the expansion of capacities. Women empowerment consists of five components:

In a broad sense, a small number of people have the misconception that women empowerment and gender is a foreign agenda but its only misconception women all over the world have been facing challenges and gender inequalities since the beginnings of history. If we seek help from our Glorious Quran and the Hadith then it would be clear they both also emphasize on the protection of the rights of women, together with the rights of education, worship, freedom of opinion, choice of spouse, economic freedom and social role.

State development must be unbiased with the equal division of resources to both males and females as in Pakistan females are around 51 per cent of the total population and without the active participation of females, Pakistan is not likely to accomplish the required level of growth rate. Since the creation of Pakistan in 1947 it inherited the danger of poverty and the burden of this poverty was put heavily on the female population. That is why a large number of females are concerned in agriculture labour as performing tasks to sustain a household, carrying water and collecting fuel-wood but their work in productive activities is unrecognized and, therefore, the female participation represented in economic activities seems to be near to the ground.

In a global village of world gender impartiality and empowerment of women are essential tools to achieve the sustainable development, therefore, It’s very important to bring women to the higher level so that they can play its due role in the development of the country.

For the promoting of   women empowerment and gender equality in the country,  the government of Pakistan has signed many international and national commitments like Convention On Elimination of all Forms of Discrimination Against Women (CEDAW), National Plan Of Action (NPA) and Millennium Development Goals (MDGs) despite all these international and national commitments, women are still much more than man to be poor, half-starved, uneducated and have less access to decision making, property ownership, credit, training and employment. 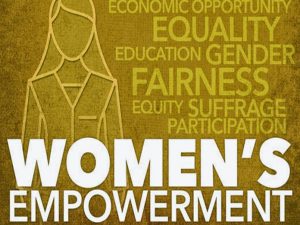 It will be fruitful to take you back that the participation of women in representative development would mean providing superior opportunities and accessibility for them to make decisions, to deal with their resources and to be self-dependent. Therefore, considering the plight of women and to uplift the status of women in society, the government of Punjab has started many initiatives. One of them is the implementation of Gender Reform Action Plan (GRAP), Punjab. The main goal of the GRAP is to bring about such changes in the structures and process of the government that it brings equity among men and women. GRAP is implementing its agenda of gender mainstreaming and women empowerment through its four key reforms ie, women employment in the public sector, political participation, policy and fiscal reform and institutional restructuring. The main purpose of the GRAP is to initiate proposals for bringing about institutional reforms to include gender perspective at provincial and at the district level.

For boosting up the gender equality and women empowerment; to draw attention to the importance of women representation and participation in decision making; and to stimulate the women towards public and private sector employment, GRAP is organizing awareness-raising programmes like celebration of events, seminars, workshops and trainings at district and at provincial level that are being organized on regular basis through its three main units ie, Gender Mainstreaming Units(GMUs) at provincial level, Career Development Centers at University level and Gender Support Units(GPUs) at district level.

In addition, in favor of the promotion and protection of women rights, to reinstate the personal security and dignity of women and to give them protection at workplace, the Pakistan government has taken deliberate and conscious steps like reservation of 10 percent quota for females, on the political side, reservation of thirty-three per cent seats for women in all local bodies (more than 36000 women councillors), seventeen per cent seats have been reserved for women in the constituent assembly, senate, provincial assembly and in national assembly, to tackle the issues of harassment and to eliminate the gender-based violence.

Although the government of Pakistan has taken many measures to increase the participation of females in the economic sphere yet there is a great need to promote the status of women in the male-dominating society and it cannot be possible without providing them protection legally and mentally. Women should be facilitated with proper resources Women should be given the opportunity to make their decisions in their life at all level.

“I am no bird; and no nett ensnares me: I am a free human being with an independent will”.

Women should be introduced with their rights and gender differences for this the subjects of gender should be included in their syllabus at the secondary level. Women should be facilitated with the friendly environment at workplace, research and documentation on the achievements of women and the introduction of awareness-raising campaigns among citizens on gender and development. 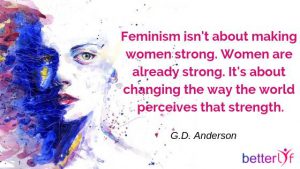