Why People Fail to Chase their Dreams?

All human-beings dream to some extent. Some chase their dreams and find the goals and some ignore their dreams and never find their goals. But it is understood that everyone wants to achieve some specific place in their life. Those who struggle hard with a determined soul can achieve their goals and hoist the flag of their success in the height of heaven. But those who give up their dreams remain repenting throughout their life. 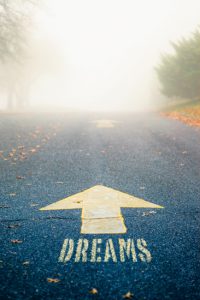 In this article, I will show you the reason why people give up their dreams and will stimulate you to never give up your dreams.

Disappointment after Failure on First Attempt

Many people lose their heart even after making the first attempt to achieve their goal and give up their dream. People around them do not encourage them to make another attempt rather they discourage them by criticizing their failure.

Many people do not know that they can succeed by trying again and again.

“We give in because in some ways there is a reward. To give up dream gives you permission to sit on the couch, eat junk food, be angry at the world on social media and sleep in your nice warm bed”.

They do not believe in themselves

Dreams are easy to be followed if people have the right and exact guidance. People stop believing in themselves on rejection and failure.  For the fulfilment of your dreams, belief in your strength is necessary.

They are jammed on one strategy.

Many people live their whole life based on one strategy or one arbitrage. They do not want to change and ultimately the environment around them changes which affect their ability to reach their dream.

Those who do not break their barriers of set rules and remain stick to one strategy never achieve their ambition.

Everyone gets fed up even Usain Bolt admitted during training for the Olympics he got bored after he won a gold medal.

Boredom is normal, but it’s why a lot of people give up on their dreams.

It’s in the moments of boredom that you give your mind a chance to rest. Sometimes spending your time in leisure and being lazy for a few hours can often bring a spark of creativity.

They turn down to be disciplined

Nothing worth achieving can be done without discipline. There’s work involved and that has to be scheduled and executed upon.

I’ve written every single week since 2014. That takes bloody discipline.

Block out chunks of your calendar and get to work. If you are not doing any small thing towards your dream every day, then you’re heading in the wrong direction.

To conclude, I would like to advise you to never give up your dream at any cost.

Broken dreams have birthed so many broken people.

It doesn’t have to be that way. Just follow your dream with great patience.  Something special you can attain if you put your mind to it, focus and be excited by the possibilities.

Don’t give up on your dream. 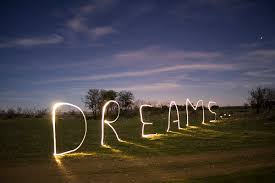