Why India and Pakistan fight over Kashmir? 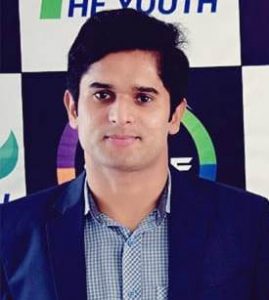 Kashmir is an enchanting valley like a Paradise on Earth; it is famous for stupendous beauty of its lakes, meadows, and snow-capped mountains. It covers around 86,000 sq miles (138 sq km).Unfortunately, the valley had been a bone of contention between India and Pakistan since 1947 when India and Pakistan won independence from British rulers. Though the vast majority of its population consists of Muslims, yet the Maharaja of Kashmir, Hari Singh decided to join India in October 1947 against his initial decision of making Kashmir an independent state. 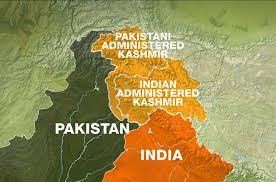 All Muslims community was frustrated and they opposed the brutal and bilateral decision of Maharaja Hari Singh, however, India approached the United Nations for the special support. Even a war erupted between the two newly established countries. The United Nations thus intervened to settle the issue whether it would join Pakistan or India?

The UN recommended Pakistan and India to develop negotiation on the burning issue in July 1949. A second war was contested in 1965. In 1999, and then in 1999 India brawl a brief but bitter conflict with Pakistani-backed forces. Even India and Pakistan had become a new clear power until the year 1999.

A question arises in the minds of the young generation, why is there so much turmoil in the Indian-administered part?

Against Indian rule, and armed revolt has been waged as a protest for three decades, asserting tens of thousands of lives. Whereas, India continuously blames Pakistan, for creating disturbance in the region.

On 5 August 2019, Indian BJP had opposed Article 370 and demanded abolishment. All connections of internet, mobile or telephone had been dismissed and tourists were advised to leave the region as soon as possible due to terror threats in the valley. As India has sent more occupational force in Jammu and Kashmir and confiscated two of Kashmiri leaders under house attest.

Pakistan severely condemns unjust and illegal action of the Indian government and pledges to help Kashmiri Muslim nation. Pakistan has stopped all diplomatic ties with India and suspended all trade. In response to that India said that they “regretted” Pakistan’s statement and reiterated that Article 370 was an interior matter as it did not obstruct with the boundaries of the territory.

The reality is that many Kashmiri people do not want to be governed by India and they prefer independence or unification with Pakistan. In Jammu and Kashmir Muslims are in majority so the people want to join Pakistan instead of India.

Indian Prime Minister Narendra Modi is intended to convert Muslims into minority; therefore, he is killing Muslims in Kashmir. In 2018, more than 500 Muslims were slaughtered and others were injured in riots. 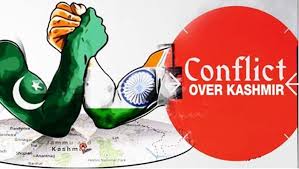 Hope for Peace in the Coming Century:

In 2003, India and Pakistan agreed on a ceasefire, after years of violence along the Line of Control. Pakistan later assured to stop funding insurgent in the region, while India presented them a reprieve if they renounced militancy.

But a year later, Modi refused to visit a regional summit in 2017 in the Capital of Pakistan.

The bloody street protest in summer season 2016 had defused hopes for peace in the region. Jammu and Kashmir are still being ruled by the Government in Delhi Modi’s BJP pulled out of a coalition rule by Ms Mufti’s People’s Democratic Party.

Kashmir lingers one of the most militarized sectors in the world

Recently, the Indian Parliament has passed a bill to tear Indian- administered Kashmir into two territories, Jammu and Kashmir and an isolated mountain Ladakh under the administration of Delhi.

Imran Khan Premier of Pakistan has pledged to Indian’s action at the UN Security Council and he has taken the issue to the International Criminal Court.

He warned,” If the world does not act today, the developed world does not uphold its laws, then things will go to a place that we will not be responsible for.”

But Delhi insists that there is no “external implication” to its decision to reorganise the state as it has not changed the Line of Control or boundaries of the region.

US President Donald Trump has offered to arbitrate in the crisis but Delhi has rejected the proposal.