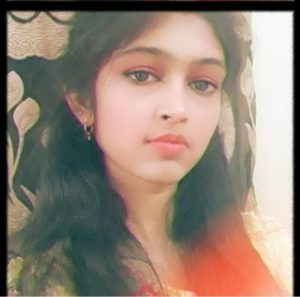 Sited in Northern India, the valley between the Great Himalayas and Pir Panjal, Kashmir is also known as “Heaven on Earth” on account of its spectacular beauty, always presents sweeping outlook.

Delightful comeliness of Kashmir never fails to allure sightseers all over the world. Kashmir is bordered with lofty mountains, sludgy pinnacles. During winter season snow overlays mountains and the whole Kashmir is wearing the blankets of snow. Summers and springs in Kashmir have their allurement as the lush green rolling mountains, slushy peaks, fields, meadows and colourful flowers take over the country and make the place tempting to everyone.

But within this picturesque beauty of Kashmir lie some dark and horrific reality. Sufferings and laments of people lie in here. The citizens of Kashmir, specifically of Srinagar are living the life of misery and hell on this Heaven on Earth. Their lives ceased and their rights to living with freedom have been seized by the Indian government since more than just a month now. On August 5 situation got ugly, lockdown in Kashmir, thousands of horde and a curfew in Srinagar made lives of Kashmiris move towards a halt. 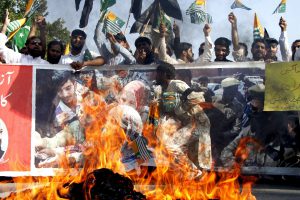 People there are not even allowed to correspond to their loved ones living a far from them as mobile services and internet access has been cut off over there. The Indian government is commanding those troops of armed men to fire pallets and bullets on everyone, regardless of who the person might be, infant or teen, youth or adult or even those with elderliness age, they fire bullets and pallets, and torment every Muslim there. Innocent lives are being bashed, anguished and even killed. Houses are filled with grievous sounds coming out from the victims who are begging for justice and living dark days, not knowing and caring when the sun rises or when it sets because all they can witness around them is darkness and zero hope for justice or a life of freedom. The people still surviving are protesting and making every possible effort to get their voices heard. But the Indian government mercilessly shove them down by opening CS gas, firing bullets and pallets, throwing gravel and rocks on protestors. 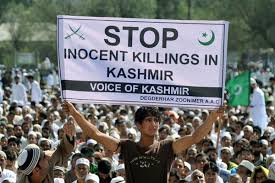 But why is all of that happening? I bet most people reading here know the reason but let me elucidate those who have only some inkling about the situation.

Back in 1947, division of the sub-continent led to the formation of two states, India and Pakistan based on the religious lines i.e. Muslims majority areas were supposed to be a part of Pakistan and Hindu majority areas to stay with India. Princely states, however, had this right to opt for either country or to stay independent. As a consequence of its location, Kashmir had to either choose Pakistan or India. Maharaja, the ruler of Kashmir, Hari Singh was a Sikh and whilst his people were Muslims therefore, he chose to stay unbiased. Nevertheless, in October 1947 Pakistan sent in tribesmen from North-West Frontier Province (NWFP now known as Khyber Pakhtunkhwa) and maharaja’s dreams of independence were hastened. Hari Singh got appealed by Indian Prime Minister Jawaharlal Nehru and escaped to India. Pakistan and India had their first war over Kashmir from 1947-48. India then mentioned this dispute to the United Nations (UN) on January 1. UN asked Pakistan to eliminate their troops from Kashmir but Pakistan overlooked this directive by the UN and the “plebiscite” couldn’t be held due to this reason. In 1962 China attacked India in Aksai Chin Region of Kashmir, effortlessly conquering India’s poorly furnished Himalayan troops. Pakistan sent troops across the Line of Control (LOC) decent as Kashmiri locals. In 1971, East Pakistan seceded from Pakistan and with the assistance of India, Bangladesh took birth. On 2 July 1972, the Simla Agreement also known as (aka) Shimla Agreement was signed by the president Mr Zulfiqar Ali Bhutto Shaheed and Indian Prime Minister Indira Gandhi at Simla/Shimla in India. This treaty was much more than a peace treaty in the quest to overturn the consequences of 1971 war. It also paved the way for diplomatic recognition of Bangladesh by Pakistan.

However, in 1977, Shaheed Z. A Bhutto was annihilated and hanged and the country retrogressed to military dictatorship under Zia ul Haq. In 1975 Indira Gandhi declared a state of national emergency, but she was defeated in 1978 general elections.

There were still on and off wars between India and Pakistan but this time India exceeded its limits and sent curfew to Kashmir and ceased the life there, the article 370 in which Kashmir could still opt for independence has also been eradicated by now and even after weeks Indian troops are still worsening everything for the Muslims living in Kashmir. Kashmiris are seeing no light of hope, they are yelling and protesting for freedom, for survival and life with dignity. India has revoked the special status for Kashmir, opposition parties in India have labelled it to be one the darkest days of Indian democracy. Presidents of different countries like Turkey and China, are completely supporting Pakistan. The Prime Minister of the United Kingdom has told Indian PM Modi that this issue is bilateral and the two countries, India and Pakistan should resolve it on their own. Although things are slowing down much by now and life in Kashmir is getting better, this is still not sufficient.  Kashmir should be given freedom and all sorts of rights. People might not care much about this since Muslims are being killed and slaughtered but let us think that humans are being killed and no religion counsels its believers to kill or torment those who don’t follow a specific religion but most Hindus, Buddhists, even orthodox Muslims and white supremacists are still not being able to get comprehensible idea about it.

People need to understand that Islam phobia, rapidly taking over is merely racism and the world needs to abandon that. I would conclude this by reminding you all to always remember Kashmir and its people as if they are connected to you and stop being too selfish to care and pray for them and I hope that Kashmir would soon acquire justice and peace.

I didn’t write this article as a Pakistani but I wrote it as a human. Kashmiris are suffering and they are the ones who desire to either be independent or be a part of Pakistan. In the end, let’s just remember them in our prayers and hope for the best. 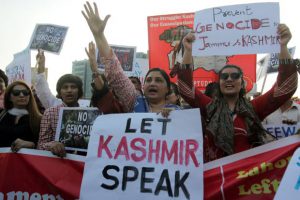