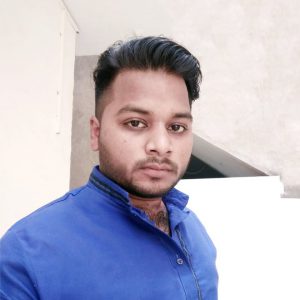 Nowadays, half of the world has become digital and connected to the internet. The Internet has rapidly increased to the World Wide Web. All businesses and businessmen are promoting their business through the use of the internet. Other professions like journalism, teaching, cooking, painting and many more are using this platform for their progress.

A wave of new technologies, sensors embedded in physical products, machine learning and next-generation networks permit us to gather, connect, procedure and act on information in real-time on a global scale. Technology has the potential to convert how we stay healthy, how we travel, how we produce and consume goods and how we tackle environmental and development challenges.

Hopefully, by 2020 the world will be transformed into digital so we need to give more attention to learning digital skills. We need to be ready for our digital future.

In 2019, the whole universe is going to make progress digitally. Pakistan has also made an effort to improve supremacy with the help of the internet. In 2018 elections witnessed political parties spend on the digital engagement of voters in the country’s largest internet-driven polls, other organs of the state have also introduced measures to develop services they distribute among the public.

For the first time in the history of Pakistan, Pakistani citizens living in abroad were able to vote in the elections through Election Commission of Pakistan. 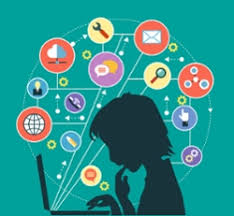 The country has decided to double its IT and IT’s experts by 2020. A year back Pakistan has approved Digital Policy to transform the IT and other sectors of the economy for an enhanced economic growth through digitalization.

Dear readers as you know that the IT industry is already among the top five net exporters of the country with the maximum net exports in the services industries. The reported FDI inflow in the ICT sector (IT & Telecom) for the time July 2018-January 2019 is $114.4 million.

The country’s GDP the growth rate has developed up to 70% by e-commerce, fintech and e-governance during last five year only. Government has found a 17- member task force on IT and telecommunications comprising important members of the

tech sector to advise policy transformations and strategic plans to reinforce technology to meet the demand of the modern world.

Though the progress is not very fast yet it will meet the demand till 2020 Insha’Allah.

In Pakistan, the contribution of the mobile market to GDP is comparatively squat to international benchmarks, suggesting considerable scope for expansion.

According to GSMA Intelligence’s report on mobile taxation in Pakistan, the majority of the population is still unconnected to a mobile network. Unique subscriber mobile access in Pakistan stood at 40.3 per cent in Q3 2018, which is the smallest level in South Asia.

For the government to meet its development objectives and achieve its vision as set out in the Digital Policy 2018, further significant investment into mobile network infrastructure is required. Tax reforms that would make the Pakistani mobile sector more attractive for investment would contribute towards the achievement of these plans and the development of the digital economy in Pakistan to the benefit of consumers.

Listing five reasons for companies to expand their digital campaigns to Pakistan, he said that

Pakistan’s economy was expected to be the fourth fastest-growing economy in the world by the year 2030 — that is largely driven by small and medium-sized enterprises (SMEs). Noting that the country’s internet penetration was at a “tipping point”, Google said that mobile data packages in Pakistan were “some of the cheapest… in the world”.

There is, however, still room for important investment to improve the affordability of internet services for consumers. Only this year, the provincial governments increased the 19.5 per cent sales tax on internet and broadband services to lower-tier packages. But we hope for the affordability of handsets in Pakistan may be impacted in the future by upcoming regulatory and tax changes. Such as, proposed increases in taxation of handsets in the Supplementary Bill 2019 may augment the price of mobile phones in Pakistan.

Fastest growing e-commerce in the world

Ebay’s chief executive, Devin Wenig highlighted that Pakistan is one of the fastest-growing e-commerce markets in the world tt the World Economic Forum in 2017. The total value of e-commerce is estimated to cross the $10 billion mark by 2020.

Although the speed of increase in e-commerce adoption in Pakistan has been encouraging over the past few years, the country still wraps behind comparable economies in terms of

digitalization of the retail sector and efficiency of its logistics environment.

On the other hand, there is a problem of lack of awareness among the people about the rights they have when Transacting online and about the scope and extent of online activities covered under the various protection acts.

There also exists an absence of trust in online platforms; owing to weak consumer protection given little recourse is available in case of payment disputes or return of goods acquired via the e-commerce channel. 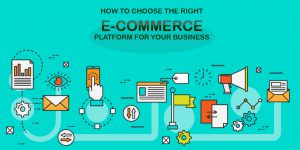 Despite prioritizing the technology sector in the financial budget, and taking a few policies steps forward, at the macro-level, the country remains without a solid and an all-encompassing approach to the internet and implications of digitalization.

To support the thriving e-commerce sector and improve the digital ecosystem, there is a need

to establish digital payment gateways, improve the rigid environment, reflect on taxation policies about mobile phones and the internet, and consider cybersecurity as an important element of online authority systems.