Nietzsche and the Death of God

Phenomenology and Existentialism of Nietzsche is striking but unfortunately, his thoughts and ideas were strongly condemned during his life. Nietzsche is the most renowned figure among the philosophers. He gave a new idea of God as he wrote, “God is dead! God remains dead! And we have killed him”

Nietzsche also said, “God dies when there is no solid reason to believe that God exists”. 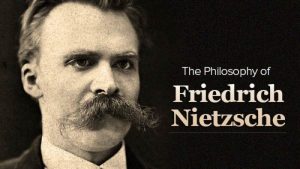 Through this article, you will be able to understand Nietzsche’s philosophy.

0n? The answer lies in the function of the idea of God.

According to Nietzsche, the idea of God was created to help people handle widespread and seemingly senseless suffering. The ancient Israelites, who brought forward the Judeo-Christian God, lived in horrible conditions: for many generations, they were enslaved, beaten, and killed. Under such immense duress, it’s perfectly reasonable for them to find some reason to explain suffering and hope that those responsible for suffering will be punished.

The idea of God plays that role. The idea of God emerges to provide light in a dark world. From antiquity to today most people turn to God when awful tragedies happen – for example when loved ones are gunned down by active shooters, trapped in cities bombarded by hurricanes, or diagnosed with cancer. Mainly, belief in God provides strength to endure such misery. Belief in God also provides hope that when our loved ones pass away we can live with them again for eternity. Belief in God ensures that no loss is inconsolable, no injustice unrequited, and that we can finally have everlasting peace, no matter the misery gone through to get there.

However, for Nietzsche, there is a natural explanation for belief in God. God is a psychological fabrication created to soothe distress, ease trauma, and provide companionship in the face of suffering.

But, Nietzsche says, we don’t need to believe in God to address these challenges. Rather than try to escape suffering by embracing some otherworldly entity, Nietzsche thinks we should utilize suffering to better ourselves. A truly meaningful life turns on achieving personal excellence, and such excellence requires overcoming the struggle. People like Nelson Mandela, Emma Goldman, and Ludwig van Beethoven achieved greatness by facing down hardship. Nothing truly exceptional in this world comes from peace and satisfaction. Nietzsche says, “The discipline of suffering, of great suffering—do you not know that only this discipline has created all enhancements of man so far”?

Moreover, belief in God sustains weakness: “Blessed are the meek: for they shall inherit the earth”.  Walking with God, for Nietzsche, is walking with a crutch. If we face suffering on our own, we are stronger and have greater potential for excellence.

Interestingly, Nietzsche holds that many modern atheists continue to believe in God, though they don’t recognize it.

Atheists often fail to understand the true extent of atheism. How could this be? The answer is this: atheists continue to embrace traditional moral principles – e.g., that we should respect people or reduce suffering – and these principles imply that all people are morally equal. Nietzsche claims that belief in God is the only way to ensure moral equality.

If God were to exist, then we would all be equal as God’s children. But what thing is there that makes us equal if God is dead? Our capacities and abilities to respect others, to feel pain, to empathize, and so on, are vastly different. Atheists continue to believe in God as long as they believe that we are equal.

Nietzsche also thinks belief in God binds excellence. Equality benefits the social order, invites mediocrity, and stamps out genuine individuality. The Judeo-Christian tradition values selflessness, humility, and weakness, and demands that everyone on Earth should embrace such values or suffer eternal consequences. But certainly not all individuals flourish while embracing Judeo-Christian values. Some individuals are exceptionally self-affirmative, prideful, and strong. What would happen to someone such as Beethoven, for example, if at a young age he were to accept that he should avoid feeling pride because it runs against God’s commandments? What if potentially excellent individuals were forbidden by some eternal order to feel self-affirmative, proud, and strong? Nietzsche’s worry is that they might not become excellent.

If potentially excellent individuals get duped into believing that everyone is equal, such that they never prioritize their needs and interests over the needs and interests of others, they might not become great. Belief in God hinders greatness. God is dead, Nietzsche says, and advancing humanity requires defeating the vestiges of God found in traditional morality and moral equality.

Nietzsche is not merely atheist. He is anti-theist. Belief in God stifles flourishing. For Nietzsche, we should junk belief in God and focus on developing our own values, setting our own goals, and achieving personal excellence.

There are important questions to consider. First, which is more plausible: Nietzsche’s view about the origin of the idea of God, or other accounts, such as that it’s true that there really is a God and that’s why people believe? Second, does belief in God indeed encourage weakness and sap self-reliance? Third, does morality require equality, and does belief in equality require belief in God?