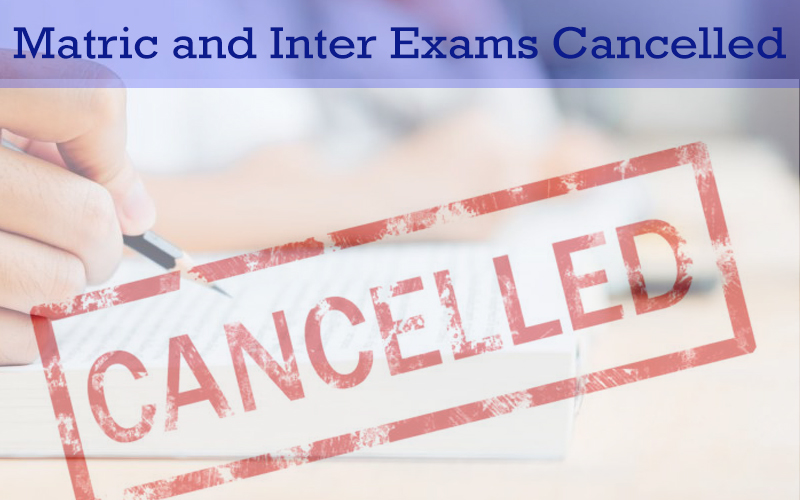 All board exams including the matric and inter exams are cancelled by the Education Ministry in Islamabad. The recommendations of all the provincial boards were forwarded to Islamabad for its approval. Recent meeting of the cabinet had to decide on a final decision regarding the conduct of exams. However, Mr. Shafqat Mahmood, Federal Minister of Education has announced that there will no matriculation or intermediate exams for the year 2020. The students will now be awarded marks in their pending papers. The marks of practical papers will also be a part of the total aggregate score.

Earlier to this decision, government had announced the closure of schools, colleges and universities in the month of March. In a similar briefing, the examinations were delayed as well. Both the decisions were effective till 31st May. Education Ministry had to review the decision based on the current situation of corona virus in the country. Nevertheless, the new cases still emerging with ratio of tests to positive cases being dropped, the overall situation is still not out of danger. For similar purpose, the recommendations of provincial educational boards were also taken which included the conduct of exams in the month of July, further postponement of exams and lastly, cancellation of exams.

The last option has been opted by the government with laying out the system of promotion and further admission. The students will be awarded marks based on previous results. Schools, Colleges and Universities are instructed to close their operations till July 15th, 2020. However, Universities and Colleges are advised to allow the students to get admissions based on 11th and 9th class results respectively. The decision has been taken for ensuring the safety of students and satisfy the ever growing concern of parents.