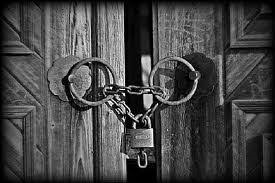 Statistically, I failed to score high enough in the entrance test of medical school but still I enjoyed and understood this topic well. (along with the remaining syllabus, of course). Coordination and mutual interaction are the integral needs for human survival. On biological grounds, life is all about mutual harmony and links between different systems and their components. A living body is an organized collection of so many systems at both macro and micro levels, ranging from organ systems and organs to the very basic unit of life i.e. cell. The office of cell comprises of different chambers. Each chamber manufactures a specific product but in coordination with the other chambers and the head office as well. These chambers are connected with each other and maintained the exchange of different products through different permeable boundaries. In this way, life becomes possible.

Now Imagine, what If the doors of these chambers were sealed. No segment of human body can work in isolation at any level of organization. Even if a single chamber stays unconnected with the rest of the system, all the life carrying processes would cease, eventually causing death.

This imaginary disorganized state of human body is a perfect analogy for our so finely segmented society. For Humans, coordination and mutual Interaction are not only essential in biological life but also in socio-political life. Maximum efforts are being put to make each segment an independent and isolated one. The boundaries of these segment have been sealed. Denial of dependency and disruption in the flow of ideas are leading the society on the verge of destruction. The bolted doors of these compartments, despite of their active functionality, are making them non-productive for the community on the whole. This disuse is making very important chambers of society nothing more than the locked storerooms with lost keys or more appropriately, with even no doors. Disuse is the greatest misuse, indeed.

This type of destructive and blind segmentation is based on the immature attitudes of self-centricity and insecurities. They would be much easier to resolve if they were mere in the apparent physical world rather than being embedded in the mindsets. Unfortunately, this is something slowly but consistently deepening its root in the mind. As a result, thoughts are being processed by such lethal and poisonous subconscious trainings. Then, the subconscious plays tricks on the conscious mind which ultimately affects our behaviors and actions.

For instance, on the very basic level of attitude, there are two chambers commonly observed in daily life. One is of emotionality and the other is of practicality. According to the trend, these two aspects have been segmented and properly sealed. Consequently, people who are labelled as ‘emotional’ are ending up having timidity and sensitivities leading nowhere but towards depression and anxieties. On the other hand, those who are tagged as ‘practical’ are coming up with robotic minds which can only focus on earning the bread and butter. Their feelings are getting dehumanized and unconcerned.

This segmentation is letting neither emotionality nor practicality evolve into their finest forms. Sensitivity in its finest form is a spirit to do something practical for society and the full groomed form of practicality is to create an air of concern for fellow human beings. These two aspects can only be evolved to their fullest when the boundaries between them would be permeable. In real, emotionality and practicality are supposed to complement each other through transformation.

As far as the field of academics is concerned, the interdisciplinary relationship between different subjects have been exiled from the scene. This exile is only making the knowledge centered around nothing. An incomplete understanding of any discipline of knowledge can make it easier to be manipulated accordingly. When a subject is delinked from the others, its horizon constricts and the room for productive implications becomes very limited. Students confined within a single chamber i.e. subject will definitely have less exposure. They only have access to a pre-planned curriculum designed to produce a desire output for the market. Moreover, after knowing all the jargons, technicalities and the past historical records of their field, they become satisfied with the illusion of so called versatility. This lack of interest in interdisciplinary relationship narrows the vision and intellect.

This need is, however tried to satiate virtually by entangling the students among the intra-disciplinary relations. At last the victims themselves turn up to be lawyers of their own culprits. Sarcastically, the young brains are being comforted and kept calm by letting them play in the maze within a single chamber.

The real problem here is not that the society has been parted into various compartments on functional basis. This segmentation, most probably can bring productive results in moral, political, economic and emotional areas. The worriment is that these fragments are being brought to isolation. The inter harmony and the link between these fragments are disarrayed up to a great extent. This unfair air is further shaping the personalities who are biased enough to add in or subtract out something from their hegemony. In this way, they have been dragged far away from truth. Later on, these personalities are encaged by several insecurities; insecurities which do not allow them to at least revisit their ‘default’ perceptions.

There are some core foundations on which an individual’s character is raised on. These individuals together form a collective society. The foundations of an Islamic society are not as superficial as we perceive them today. ‘Umar Ibn Al-Khattab relates that he heard the Messenger of Allah, (peace be upon him)’say,

“Verily actions are by intentions, and for every person is what he intended.”

This statement beautifully represents the priorities and chief concerns of foundations on which Islam intends to formulate an individual and a society as well.

Due to this prior and foremost status of intentions in Islamic system of development, the upping of inner self and purification of intentions are highly emphasized. That’s why all the senior and pious teachers of Islam have been paying a keen attention on the inner journey, self-exploration and love since the advent of Islam. There is a complete discourse present bringing the themes of spiritual journey into the limelight. All these practices that are aimed to make the land of heart fertile and ploughed, so that the seeds of Islamic rules and codes can be sown fruitfully.

Same as that of practicality and emotionality, the doctrine of codes and rules i.e. Shariah and the way to act upon them in a proper manner i.e. Tasawuf have been split into two segments with blind ends. This isolated and artificially crafted version of realities is leading toward misinterpretations. Tasawuf is being represented and explained by masses as it was never before. It is now explained as the set of detached personal practices like meditations, music whirling dance and all other sorts of mere psychological relief in the kingdom of isolation without any roots. This is even considered as a separate sect or a newly emerged domain. These all prevailing misconceptions are too strange to accept because the essence of Tasawuf is present even before the coinage of this term “Tasawuf” or “Sufism”.

“Today, an illusion is understood as Tasawuf. Otherwise, before this, it was a reality without any name, means that in the era of the companions of Holy Prophet (peace be upon him) and their pious and closed successors this specific term was not coined but the meanings were present. Now, the term exists but not the meaning Formerly, the deeds and characters were sound and proper but the verbal claim was vague and unknown. Now, the verbal claim is more prominent but the deeds are vague and absurd.”

Moreover, Ibn e Khuldoon in his Muqqadma-e-Tareekh quoted that Al Qushayri wondered who coined this word “Sufi” for the first time.

This self-made fragmentation of society always tends to sound natural or innate through self-made knowledge, logics and arguments. In order to unlock these chambers, there is a dire need of discomfort and restlessness which can at least question that how these default set ups are natural? Why, how and by whom these segments with blind ends are forming?

The need of the hour is Imagination rather than factual knowledge because this knowledge can be created and changed as per demand but imagination is always free. It can go beyond these false boundaries to bring the real solution as sometimes, fiction can be more real and natural than non- fiction.