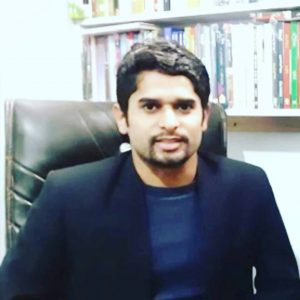 He was invited to deliver a lecture on the topic “Key to Success”. He was a young columnist and social media anchor-person. He liked to talk to people. He wanted to drive the people of his homeland on the path of development. So, that he could brighten the name of his country. He wanted to lit the candle before his death. As he entered the hall, the audience clapped and welcomed him. He thanking the audience and asked to sit. I try to put my thoughts in your mind. If I make a mistake or I can’t clarify, I will be forgiven and correct me. He turned around after removing the cap of a marker and inscribed a line on the whiteboard. 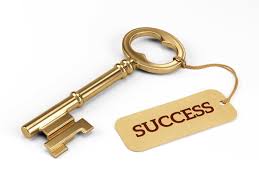 “Hard work is the key to success”

Again he turned his attention to the audience and put the question, who has heard it? Everyone raised their hands and shook their heads in affirmation. He asked again, how many of you believe in it? He saw frowning on everyone’s forehead. Everyone raised their hands again. He came a little closer to the point. In the period, it was said. It was right for that period. People’s likes and dislikes in that era were very different from today. Today’s angle has changed. Friends! Let me tell you a story. Once, a woodcutter lived in a village. He was starving. One day his fate altered and a rich man called him to work. There were many trees in his land. He said, you would cut these trees and will be paid 100 rupees per tree. He was happy and worked hard. The first day, he could cut ten trees. He thought that he would cut more trees tomorrow. He did more hard work the next day, but he could cut only nine trees. He was very upset, but just as we are too tired to make excuses for ourselves, he also thought it fair to make excuses that maybe he was too tired. The next day he worked harder than last time. Only eight trees could be cut. He got upset and went to the owner and told me. I ask you all do all the hard work, but do you take the sometime to sharpen your saw? He turned and removed the word Hard from his written line and wrote it smart.

“Smart work is the key to success”

For us, this line is right, there was a period in which the body was given importance and hard work was taken by the body. It is modern era, now smart work is required to succeed by applying our mind. But I don’t mean all this. I just want to say that as long as we research the words of old people by letter. Without doing so, we will not be able to do anything new until that time. We will have to live according to the new requirements in this modern age. Then we can succeed. And that is the key to success. From today, Look at the book of your life suspicion. Question every event of your life. Before doing anything, think about whether this is the thing to do or something not to do. Will it be useful for me? You have to look at it with scepticism and your textbooks, it is not a Quran or a Hadith. These books are written by any ordinary person. So that your brain does not recognize it, not only look at what is being shown, also see what is being hidden. As long as you keep doing all things right, you are not doing anything new until then. In short, my today’s message is that it is better to become a thoughtful person than to become a right winger. This is the key to success as far as I know. And I want to quote you to quote from Thomas Henry Huxley to explain my point. The staircase is not meant to be relaxed, but rather it is necessary to restart the breather for some time before further elevation or success.