Fatima Bhutto is a journalist, novelist and poetess. She is a rising star in heaven of English literature with a Pakistani background. She belongs to an eminent political family in Pakistan. She was born on 29 May 1982 in Kabul. Her father Murtaza Ali Bhutto was the son of a former premier of Pakistan Z. A Bhutto and her mother Fauzia Fasihudin Bhutto belonged to Afghanistan and she was the daughter of former foreign affairs official in Kabul. Fatima Bhutto is the niece of first Muslim female former Prime Minister of Pakistan Benazir Bhutto.

Though Fatima Bhutto was born with a golden spoon in her mouth being the first granddaughter of Zulfiqar Ali Bhutto yet she grew up in the shadow of misery and sorrow. Her grandfather Zulfiqar Ali Bhutto was executed in 1979. It was the first political murder in Pakistan after its independence. In her childhood, her uncle Shahnawaz Bhutto was killed. Unfortunately, her parents’ marriage failed; consequently, it resulted in divorce when she was only three years old. 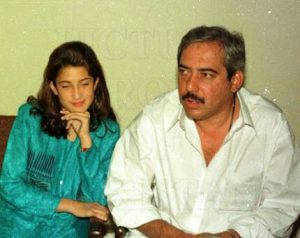 However, Fatima Bhutto spent her early childhood in the company of her father and moved from country to country along with him during his exile. In the military regime of General Zia-ul-Haq, Murtaza Bhutto was exiled. It is explicit that Fatima grew up stateless. Living in Syria, her father came across with Fatima’s Lebanese ballet teacher Ghinwa in 1989. He proposed her for marriage which Ghinwa accepted and they both tied a knot.

Ghinwa Bhutto proved to be a loving and caring mother for Fatima and Fatima Bhutto considers her a real mother.

She was raised in Syria and Karachi and qualified her graduation from Barnard College and received her Master degree from SOAS.

Fatima had to bear another tragedy in the age of 14 years when her father was assassinated by the police in 1996 in Karachi in the reign of her paternal aunt Benazir Bhutto. At the time of the murder, Murtaza was elected member of parliament in the Pakistani government.

However, Fatima is least interested in politics rather she emerged as a literary figure on the horizon of the world. She earned a big success on the surface of literature by her notable fiction “Songs of Blood and Sword”. She wrote this fiction about her family. Fatima Bhutto’s half-brother Zulfiqar Ali Bhutto Junior is an artist based in San Francisco.

She was educated in Karachi at the Karachi American School and received her secondary education certificate. She did her graduation from Barnard College Columbia University. After that she was shifted to New York U.S.A in 2004 and received her master degree from SOAS, the University of London in 2005 and she had written her thesis in the same year on the resistance movement in Pakistan.

In 1998 when Fatima Bhutto was only fifteen years old, her first fiction book “Whispers of The Desert” was published. In 2005, she inscribed the second book titled “2005 Kashmir Earthquake”. This book describes the plight of those affected people in the earthquake of 08 October 2005. In 2010, she wrote a noticeable chronicle “Songs of Blood and Sword”. This book has become controversial among the people as she allegedly blamed her aunt Benazir Bhutto and her husband Asif Ali Zardari for being involved directly in the homicide of her father Murtaza Ali Bhutto. However, the book was reviewed by the critics and they rejected Fatima’s allegations against her aunt and her husband. On the other side, some of the critics commended this bold effort of Fatima for penning down against her own family members and eminent political figures. 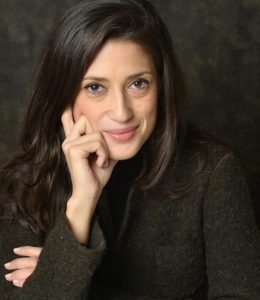 In 2013, Fatima’s first fictional The Shadow of The Crescent Moon was published. The book has received Baileys Women’s Prize for fiction in 2014. In 2015, she wrote a short story named Democracy which was published by Penguin Books Publication.

She wrote her second novel The Runaways in 2019. The Runaway is about the story of three Muslim men who came from a different land and they meet together at one point and participate in Iraq insurrection. In the same year 2019, she wrote another book titled New Kings of the World.

Fatima Bhutto is not an active member of any political party in Pakistan though she has a strong political background. She got much upset and shocked by the brutal assassination of her aunt Benazir Bhutto and followed her murder. She pointed the finger at Asif Ali Zardari for allegedly involved in planning the homicide of her aunt Benazir Bhutto. She declared that instead of becoming an elected political figure, she would prefer to become an activist through her writing and activism.

She declared,” Pakistan is a political violent”. This is very natural because she has lost many of her family members in the political upheaval of Pakistan. She is a secular Muslim even she had been assisting Muslim females for choosing their code of dress.

Fatima Bhutto has gallantly reacted Hollywood against their hypocrisy and biases towards Muslims and demanded Hollywood apologize to Pakistan and Muslims for their false portrayal as terrorists and militants in various movies.