Trustworthy and exact education statistics are a condition for sound educational planning and management. The first Pakistan National Education Census (NEC), 2005-06, was carried out by the Federal Ministry of Education and the Statistics Division, Federal Bureau of Statistics. It has encircled two lakh forty-five thousand, six hundred and eighty-two institutions, both public and private schools, colleges and universities, professional institutions, vocational and technical centres, mosque schools, deeni madaris, and non-formal education centres. 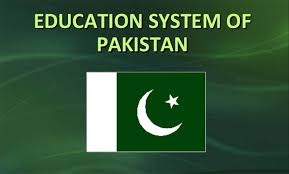 Many of the statistical tables for the national and provincial levels had been published.

In this report, internationally recognized education indicators and the International Standard Classification of Education (ISCED) have been used. The signs may cover, amongst others, access, internal efficiency, gender disparity, all of which are necessary to monitor the evolution of the education system. UNESCO Islamabad presents this report as a balancing analysis to the national efforts in carrying out the National Education Census.

To collect information on all types of schools, the National Education Census (NEC) carried out the first education census in the history of Pakistan in 2005-2006. It thus generated a complete and comprehensive picture of the current education system in the country and provides a robust information baseline from which to measure future progress. To make sure a complete listing of schools, it also assists other education data collection activities in the field.

Pakistan also has a National Education Management Information System (NEMIS) which collects education data annually. The system runs the public education sector, but this data has not widely covered private sector educational provision. Up-to-date information must be made available on this sub-sector, to ensure that policy development is based on knowledge of the entire education system, not just the public sector alone.

The NEC offers a photograph of existing conditions in education but it does not show whether conditions are improving or deteriorating over time.

For the answer to such questions, similar data has to be obtained regularly on both public and private schools. This can be achieved in one of three ways:

1st, the current NEMIS can be expanded to include private schools in their annual survey. An informal survey of private schools could be implemented on a regular basis or a 3rd choice would be to repeat the NEC from time to time if the existing NEMIS would not be workable.

If the last substitutes were selected, analysts and policymakers would be likely to require an intermission between censuses of no more than four or five years, to make sure its usefulness to correspond with the national planning cycle.

However, a two-year scheduling series for such a census is suggested, which means that work should begin now to set this in motion and to achieve such an objective. However, the current NEC has certain basic deficiencies.

A combination of the NEC and the NEMIS shows that over 36 million students were attending an educational institution in 2005/06. Only under fifty per cent of those students (17.8 million) were studying at the primary level, 20.9% (7.5 million) in pre-primary, 15.4% (5.6 million) in middle elementary, 6.9% (2.5 million) in secondary, 2.5% (.9 million) in higher secondary and 4.9% (1.8 million) at the postsecondary level. It is crystal clear that Pakistan is still far away from attaining universal primary enrolment.

Besides, underneath existing conditions, the education system does not supply for a considerable percentage of students to move beyond the primary level. Recently, the average enrolment per grade at the middle elementary level is lower than one-half the average enrolment per grade at the primary level. This is significantly less than that of most other countries, and it is obvious that the delivery system needs to significantly increase the number of students capable of studying beyond the primary level.

Pakistan has a Gross Enrolment Rate at the primary level of approximately 80% – The difference of 80% between the Net Enrolment Rate (NER) of 62% and the GER is owing to the number of primary students who are more than 9 years of age or under 5 years of age. Granted the number of repeaters in primary grades and the occurrence of students beginning their primary school after age 5, probably it is the difference due to overage students.

Scientifically, it reveals that over 2.5 million students in primary school are over 9 years of age. Any decrease in this number, possibly by decreasing the repetition rate, may open up places in the primary system for some of the children not currently in school. Private education institutions enrol 31% of the students who are in basic education (pre-primary through higher secondary). In urban centres, private schools account for slightly more students (51%) than the public sector (49%). However, the situation is reversed in rural areas, where over 80% of students attend public schools.

At the primary, middle elementary and secondary levels of education, almost one-third of all students attend private schools. Although most countries have a less extensive private provision of basic education than in Pakistan, some experience higher percentages, such as the Netherlands and Lebanon, both of which have more than sixty per cent of their basic education provided by the private sector.

According to data research, 14 million girls were studying in basic education in 2005 as compared to 18.3 million boys. So, four million boys were more than girls.

We can see that the number of boys is greater than the number of girls in getting basic education. It results in a Gender Parity Index (GPI) of .76. This inequality in favour of boys was prevalent at all levels of basic education, except for the higher secondary level, where there was parity between the sexes, producing a GPI of 1.0.

To conclude, I must add the government of Pakistan and all private entities need to give attention to educational sectors without any gender discrimination.