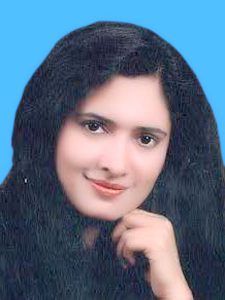 Atta Ullah Khan Esa khelvi is a renowned singer of Pakistan. He was born on 19 August 1951, in Isakhel Mianwali, Punjab. His real name is Atta Ullah Niazi though he is famous for his surname Esa Khailvi and many of the people call him “Lala” out of love. Lala is a Pashtu word it means elder brother. Niazi is a tribe of Pathan; the tribe lives in the north-west of Punjab Pakistan. 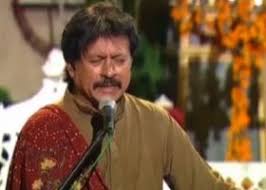 The Nightingale of Mianwali’s wasteland

Atta Ullah loved singing from the very childhood thus one of his school teachers encouraged him for his vocal ability and taught him songs of Muhammad Rafi and Mukesh. Whereas, his father got infuriated with him and threw him out of his house as he was against his passion for singing. Singers had no place in the society where Atta Ullah and his family lived. When Atta Ullah’s father went to perform pilgrimage (Hajj), Atta Ullah got a chance to pursue his passion for singing. He learned a great number of Punjabi Kalam from late Adha Khan Gunjial.

This singing bird, the nightingale of Mianwali’s desert flew away from his house at the age of 18 years old.  He had to face many hardships of life just for the sake of his art/ passion for singing. He had to earn from a very young age to continue his singing. Atta Ullah had to become a truck driver and then a rickshaw driver as well. He continued his singing practice and appeared as a big singer like a Nightingale of John Keats. His voice was heard in the local areas of Pakistan and even in some other countries of the world.

Atta Ullah recorded many songs on tape-recorder secretly as he was afraid of his father. He had chosen a folk song for singing. He has been singing Sufi Kalaam of eminent Sufi poets and has also performed na’at. He is a true lover of folk and tradition. He loves wearing Shalwar Qameez and a traditional Cahdar on his shoulder. He is a true embodiment of the tradition of his country.

Although he has sung a number of songs in other languages of Pakistan (Urdu and Punjabi) yet he is known as Siraiki singer. He is awarded musician prize by a community in Isakhel, Mianwali, Punjab.

In 1972, Radio Pakistan Bahawalpur invited Atta Ullah Esakhelvi for the performance. And in 1973, Tariq Aziz invited him to perform for a television show Neelam Ghar. A company in Faisalabad also invited Atta Ullah for folk songs in their studio. They recorded four music albums of Atta Ullah and released them at the end of 1977. These albums become bestsellers in the market.

Atta Ullah performed in the United Kingdom in 1982. This was his very first concert abroad. Thus his albums were released in the UK under distinct labels like Hi-tech, OSA and Moviebox.

In 1990, Atta Ullah became popular in India but he has visited India in 2014 and achieved great popularity among Indian. 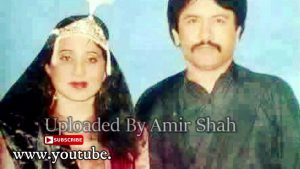 Atta Ullah married a film’s heroine Bazigha Khan a rising star on the platform of the film industry in Pakistan. The couple has four children; all of them have been studying abroad. His son Sanwal Khelvi is gifted with singing. He has been singing with his father on various live TV shows. 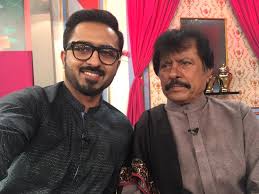 In 1990, he has won Pride of performance award by the Government of Pakistan and on 23 March 2019, he is awarded Sitara-e-Imtiaz. Lifetime achievement award has also been given to him from Queen Elizabeth ll of Great Britain and in 1994 his name has been written in the Guinness Book of World Records in the recognition of the highest number of records.

Attaullah has recorded more than 50,000 songs in seven different languages. Here is a list of his most popular and hit songs:

In 2011 and 2017 he participated in Coke Studio (Season 4 and Season 10) and sang various songs for his fans. His fans follow a devoted club named as “Atta Ullah Fans Club”.

For singing, Attaullah has formed his own band and travels along with them. The members of his band are

The musicians in the band have been performing with Attaullah since the 1970s. They have performed with Attaullah in various countries: Pakistan, United States of America, Japan, Canada, United Kingdom, France, Spain, Germany, India, Italy, Australia, Oman, New Zealand, Hong Kong and UAE.

Atta Ullah is a legend of Pakistan. His name will be remembered in the history of Pakistan. Pakistanis and especially Siraikis are proud of him for his great achievements.