By applying some psychology tips in your tweets, you can make your Twitter more interesting and your followers will be more likely to engage with you. The way of motivating customers by the use of impressive language stem back to initial psychology that is applied to persuade and engage followers. For instance, the use of rhetorical questions in the outset of Tweet ads or common sales tweet may affect well. 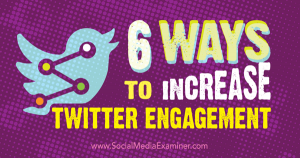 In this article, we are giving you some tips using psychology techniques to boost up Twitter engagement and how to get more Twitter followers.

1: Get Benefits of the Bandwagon Effect

By instinct man is a social being, he cannot live in isolation. However, group discussion is a vital tool that mitigates man’s depression. On the platform of group discussion, people express their thoughts and opinions, thus their mind gets relaxed.

Now the society has drastically changed, yet human psyche of modern man can be compared to primitive man. Psychologists claim that there are three types of groups: aspirational group, associative group, and dissociative group.

People identify you by the language you use in your tweets and consequently, they decide to respond to your tweet. You should use aspirational tweets for encouraging followers to join your team.

Share tweets using association tweets to engage followers and encourage them to respond to the tweet. The choice of language for tweet guides followers to make the dissociative connection to a competitor which results in better association with your brand.

There are many advertising agencies and brands that use photos for grabbing the attention of the audience. Using the picture for profile psychologically affects the followers and thus a picture helps users driving more traffic engagement on the tweet with image.

However, to make your tweet more valuable and authentic, you should post an image with the face of a company, for example, a photo of the CEO or owner.

Through Self-Perception theory, the audience develops their attitudes based on their behaviour. As a person who goes to watch a football match, maybe he has decided that he is a fan of a football match. However, he will act in a way that reinforces his identity as a football fan. Then he will go to purchase football and engage in conversation.

Try to make your tweet concise and simple so that ordinary people could be able to understand your tweet. For creating a simple tweet, write short paragraphs, simple and short sentences by the appropriate use of words.

To make our tweet more impressive, you can add a little bit of humour as well.

Applying reverse psychology is the best technique often applied by companies and brands. This technique brings more engagement to your tweet.

Reverse Psychology is a great way to attract the audience especially when you tell people not to read something. But you should avoid using this tactic too often.

A study conductor shows a variety of ad headlines from which to select ranging from all caps to all lowercase to sentence case. Almost sixty-four per cent followers like sentence case.

Headlines ads are also preferred by the audience.

Users prefer ad headlines that are in sentence case (initial caps), as opposed to all caps or all lowercase.